Current Photo Organizing Software Has You Wasting Too Much Time 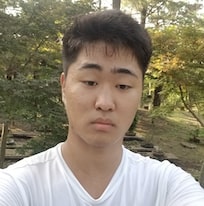 I have a problem. Every time I go on a trip, I end up with over a thousand pictures.

The thing is, I don’t pay attention to what I’m taking. I mostly just take whatever looks good in the moment, because if I don’t I might miss it forever. If it doesn’t look good, I can always delete it later.

But I never actually delete them. There’s just too many. Who has time to go through 1000+ pictures manually every single trip? So they mostly end up just sitting there for months, maybe longer, because I figure I’ll get around to it eventually.

‍
The result? I have too many pictures on my phone, just sitting there, most of which I don’t even care about. Not only does this take up space, but it makes me not even want to look at my photo library since I know I don’t even like most of them. And existing photo management apps don’t address this problem at all.

That’s why I started working on Lensii.

Why keep photos you don't want?

The scope of the problem isn’t limited to just pictures from travelling or events. Maybe you have old pictures of assignments that you submitted for school and you don’t need them anymore. Or maybe you have screenshots you took of something to show to a friend a long time ago, but if you were to look at it now you wouldn’t even remember what you guys were talking about. Or you could just be someone that takes too many pictures day to day, and need a way to declutter.

In any case, it’s likely that you already have at least a couple hundred photos lying around on your phone that you’d like to get rid of, or at least organize nicely, but can’t because it would just take too long.

If you search the internet for something along the lines of “how to organize photos”, you’ll find quite a few guides that already exist. But none of these guides are easy to follow. They usually involve a 10-step process, require you to look at each of your pictures individually, and sometimes even necessitate some third party app to help you do it.

But even then, the third party apps usually come with more work. You have to assign tags to your pictures. Put them into folders. Create catalogs. Configure settings. Back them up…

Some people might find this tolerable, but no one enjoys doing it. Certainly not me.

It’s also often the case that you can spend a significant amount of time configuring whatever software you pick up rather than focusing on the actual content - your photos. It’s kind of like planning to travel somewhere, and spending all your time worrying about how you’re going to move between places, how to prepare for the weather, listing down opening hours or addresses for things…and never getting to actually focus on what you’re there to see and do.

And sometimes the work you do to organize your pictures on one app doesn’t carry over to another - so for example, you could spend hours tagging photos in app A, but if you view those same photos in app B the tags would be gone. This means you must stick to using app A forever or you’ll just have to start over. And if the developer of app A starts adding things you don’t like? Too bad.

And on top of all the above, none of the existing solutions today address the original problem I mentioned: I take too many pictures, and I don’t want to look through all of them later to find the ones I think look good.

So how can we deal with this? Well truthfully, we can’t. At least not today. But I know some machine learning, so I thought, what if I could get the computer to just tell me what looks good?

This sounds like a hard problem, and it is. But even if it’s not perfect, if it at least does a good enough job of generally telling me which of my pictures flat out suck, I figured I could probably ignore that whole chunk and still save a ton of time.

So I got to work. Gathered some data, threw it into a model, and saw what came out.

For context, these are scores out of 10.

And I definitely don’t fully agree with the way the model scored these pictures. My main problem is that it’s giving them a lower score than I would have if I were to go through manually. But then I see the rest of the pictures, the ones that scored even lower than these:

The thing they have in common, though, is that I’d get rid of them because they’re not visually pleasing. Now it wasn’t fully accurate - I’d have kept the picture that scored 1.74- but other than that, it did pretty well. And it definitely would have been much harder to decide which ones I wanted to throw away if I hadn’t used this model.

Of course, there’s a lot of room for improvement. But for the first iteration where all I did was throw data into a model, I’d say this was a success.

And then I thought, if I can improve this model, I’d probably use it all the time. And if I can give it a nice looking UI, make it easy to use, make it available across devices, and throw in a bunch of useful photo library-esque features…then it’s likely that a lot of other people would enjoy using this too. And all of these are things I can do.

So, what’s the plan for Lensii? Most of what’s planned is already on the home page, which you may or may not have seen yet - and if you haven’t, go check it out because that’s the fastest way to understand the overview of what we’re building. The main point of this app is to tell you how good your photos look so you can more easily decide which ones to keep, which ones to share with friends, which ones to throw into an album, and which ones to just delete.

We can also use this same model to tell you which of your 3-4 similar looking pictures is the best. Of course, accomplishing this will require us to define what a “similar looking” picture is, but there are already other tools we can use for that.

Everything that’s been mentioned as a problem with existing software today is something we’d like to address with Lensii. We want to avoid having a lot of manual work - this means tagging should happen automatically, importing/exporting should happen with not much more than a single button press, and backing up without user input. Well designed tools should work for the user, without expecting the user to know how to work with the tool.

The end goal is to allow people to figure out which of their photos matter to them easily. This means you should be able to know which pictures you want to share, or use as wallpapers, or put in an album without spending hours figuring that out by looking through them one by one.

Since part of our mission is to make photos easier to share, we’ll be releasing a social feature for the app first. It does no good to figure out which photos you want to share without a nice way to actually share them. While some photo sharing solutions already exist, if you wanted to use one of them with Lensii, it’d be pretty complicated. You’d have to ask Lensii to show you what to share, remember which ones they are, close out of the app, open another app, select the pictures you memorized, and tap share. Too many steps, and it’s just not as easy as we’d like it to be.

We don’t want to reveal too much about the social feature at this stage, but what we’re aiming for is something clean and easy to use. It might end up feeling a lot like Instagram, but we know how toxic these platforms can get if left unchecked - a lot of people see such platforms as popularity contests, and we have a few ideas on how we can prevent that. What are those ideas? You’ll have to wait and see when the beta launches - sign up for early access and we’ll invite you when it’s ready 😊

Thank you! We'll send you a confirmation email ❤️
Something went wrong while submitting the form. Try again later :c